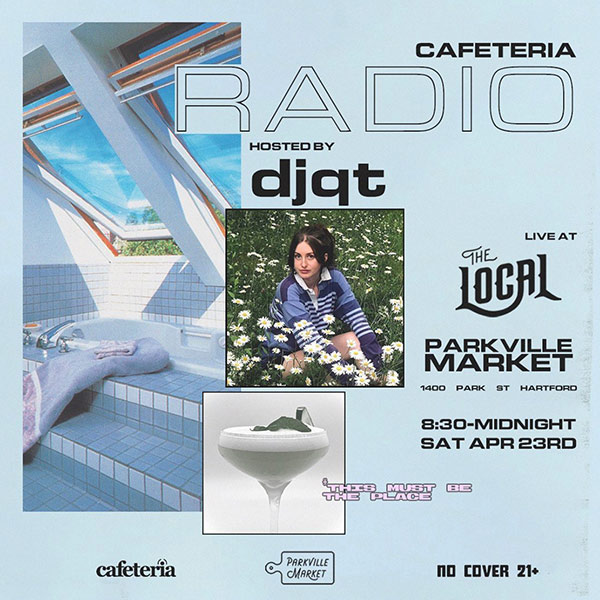 Based out of New Haven, Connecticut, djqt is the alter ego of Zoe Jensen, a producer, DJ, drummer, floutist, triple Earth sign femme. She is inspired by growing up on her mom’s disco albums, dad’s fringe punk bands, jazz, London hip-hop, experimental drummers, and music you scream to with your friends. Her first major DJ influences started with SOPHIE and the PC Music collective, and now includes BAMBIII, Logic1000, and Bearcat.

She learned how to DJ in Cannes, France, where a local remixer taught her how to spin, despite her mediocre French. She kicked off her career in Cannes, and then booked gigs in the States. Her first US gig was at the NYC collective space Retrograde, where many of the members now run ZINE FEST NYC and take part in Nowadays programming.

She began recording sets while a junior transfer student at the University of Connecticut, and played across local UConn music venues. She is founder and co-editor of Connecticunt Magazine which features Connecticut artists, interviews, and musings in bi-monthly publications. She regularly DJ’s their events across the state. In August 2021, she began a monthly residence at Conspiracy Bar in Middletown, CT. She has played at the Ely Center of Contemporary Art, The Local of Parkville Market, the rooftop of New Haven Arts, and your local dank basement.